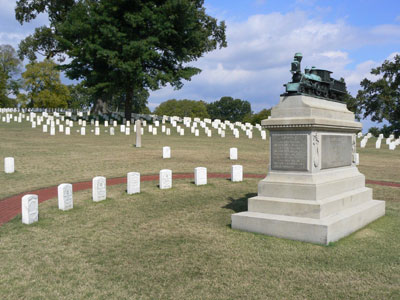 Chattanooga National Cemetery, situated one mile southeast of the city’s downtown, was designed to fit within the natural landscape of the Cumberland Plateau.  Covering over 120 acres, the cemetery is the final resting place for nearly 44,000 veterans, and is the only national cemetery containing the remains of prisoners of war from both World Wars I and II.  The cemetery also features several distinctive monuments, including one to the legendary Andrews’ Raiders of 1862.

During the Civil War, Chattanooga became an important target for both the Union and the Confederacy.  With transportation links along the Tennessee River and several railroad lines, the city offered a “Gateway to the Deep South.”  In September 1863, the Confederate’s Army of Tennessee led by General Braxton Bragg defeated Major General William Rosecrans’ Army of the Cumberland at Chickamauga, Georgia.  Lieutenant General James Longstreet forced his way through an opening in the Union line, driving back Union troops.  Union Major General George H. Thomas and his men held their position on Snodgrass Hill, earning Thomas the nickname the “Rock of Chickamauga,” allowing the remaining troops to retreat safely toward Chattanooga.  Though the Union was defeated, casualties were roughly equal for the two sides, with approximately 18,000 for the South, and 16,000 for the North. 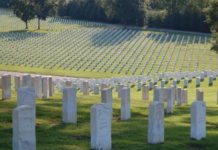 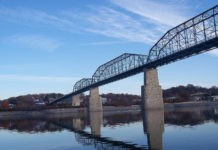 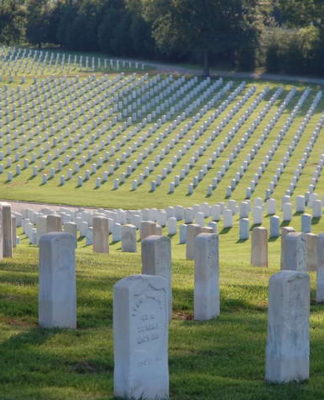